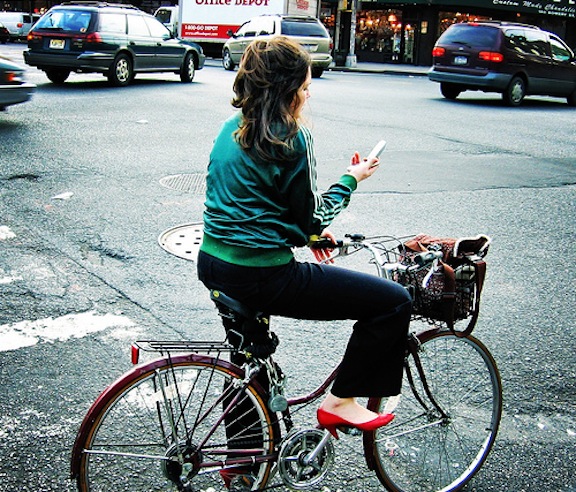 As the proliferation of tablet and handheld devices showcased at CES 2012 attest, mobile devices are big business. A growing number of consumers are turning away from what they perceive to be a restrictive desktop environment in a bid to be connected 24/7. The release of faster processors(Acer Iconia Tab A700 has a quad core) have now fulfilled the increasingly demanding user need to consume familiar web services and social media tools.

Certainly across the University of Manchester campus there seems to be plenty of anecdotal evidence suggesting that the student demographic is part of the mobile revolution. Waiting in the queue for coffee there is always someone checking their Facebook account or scanning through the latest tweets to hit their timeline. In an era where multi-tasking is commonplace, even television is becoming surplus to requirements. According to a Childwise survey of 7-16 year olds:

“The way children use media through the day is also changing, says the research, suggesting a push-button, on-demand culture, which is moving away from scheduled television programmes.”

The traditional notion of watching television before school is quickly becoming obsolete, children are more likely to be interacting with their mobiles. The report also suggests that mobile phones and internet usage occupy over 1.5 hours per day on average. Interestingly, this is normally accessed in parallel with watching television or playing computer games. However, obituaries to television should be tempered by the news that much of the content consumed by mobile devices relate in some way to programming of some nature. Televisual content still has a place in this new arena.

It is becoming more evident that the behavioral habits of children in terms of electronic ingest are moving towards a mobile model, the desktop or laptop may still have a place for homework but as John Herlihy, Google’s VP stated in 2010, the …”desktop has about three years before phones replace it.”

Research conducted by Morgan Stanley (8,000 consumers and 50 chief information officers) suggests that tablet users are spending less time on their PCs, this is in part due to the rising adoption of mobile computing devices. Approximately 75% of current PC use is spent consuming (web browsing, watching videos) and sharing content (email, IM, blogging). Increased CPU speeds, high-resolution displays and battery life means that technology now exists on mobile devices to allow users to consume this type of content. PC’s have been reduced to a work tool for specialized tasks such as web development, graphic design and complex modelling.

Indeed, Morgan Stanley forecast that by 2014 mobile internet usage will overtake user access through traditional desktop means. In a world where users want to compare prices while in a supermarket or check flight times in transit to the airport, the mobile experience is set to change the way we manage our lives.

To paraphrase Mark Twain, although reports of the PC’s death are greatly exaggerated, the obituary has already been written.