I have to report that my first attempt to introduce the ‘Voices In Your Pocket’ app. to University of Sussex students was less than a roaring success. 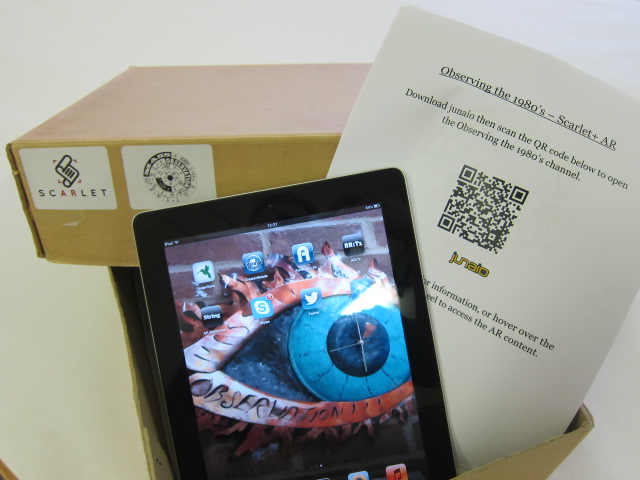 At the end of November I packed an archive box with three iPads and folders containing print-outs of the trigger image and basic how-to-instructions and took it into an MA History seminar on the 1980s.

From our experience of talking about and demonstrating AR with colleagues, both the tutor, our Scarlet+ academic Dr. Lucy Robinson and I had expected a fairly high level of enthusiasm in the technology itself. This did not turn out to be the case. Most of the group were hesitant about even picking up the iPads, commenting that they were not used to ‘being given toys’ and ‘would rather just have the originals’. The instructions I had provided proved to be inadequate; I had kept them simple as I had assumed there would be a certain level of knowledge and confidence amongst the majority of the students. The fact that this was not the target group, and that the app was not complete cannot have helped, either. 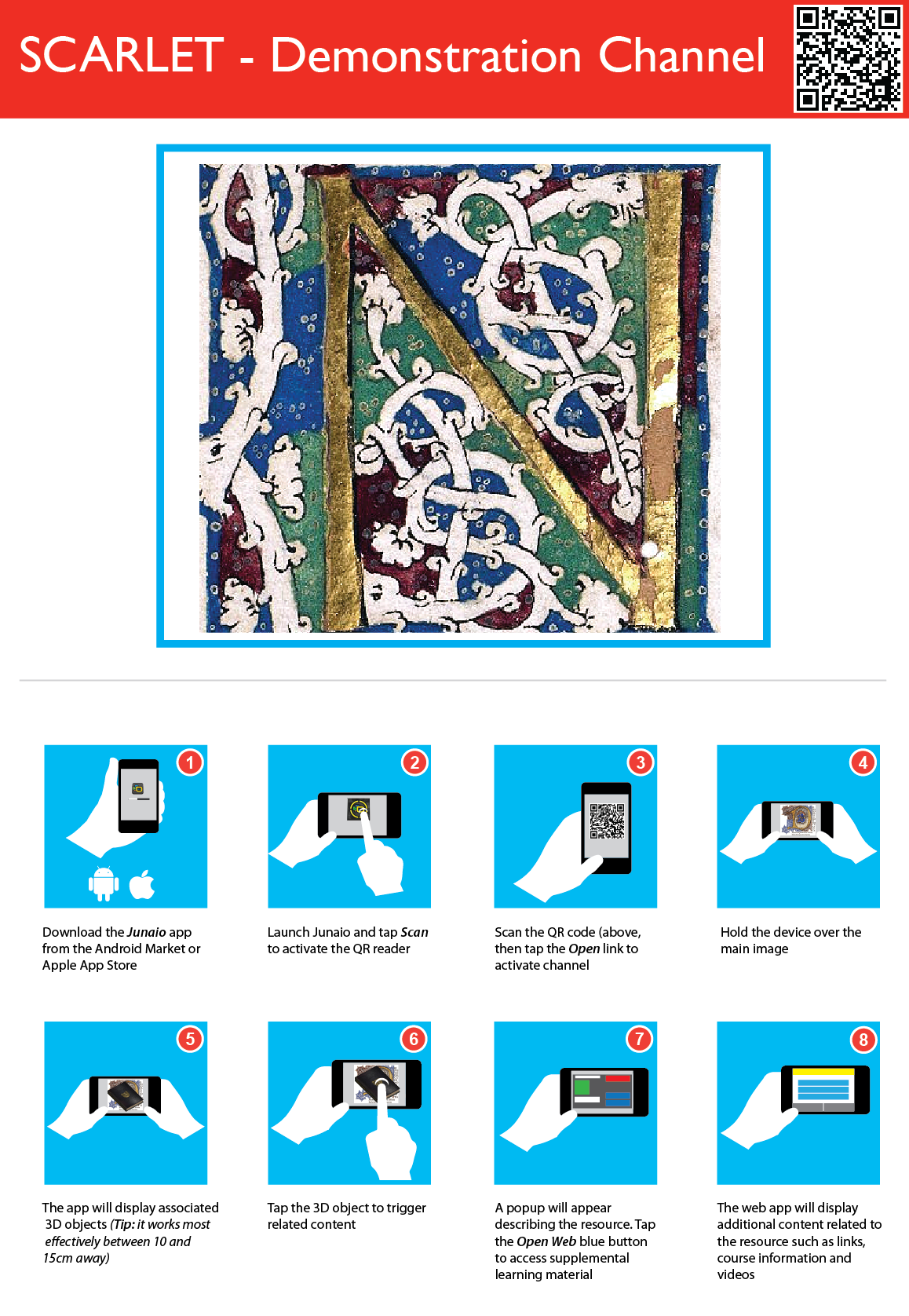 Having looked back at Matt Ramirez’s glorious hand-outs from Scarlet’s Dante project, I can see that the step-by-step instruction diagram style he used would have suited this group far better and I will be performing a complete overhaul of my instructions.

It was difficult to gauge the level of interest in the material itself as the group was not forthcoming with their comments. The advice I had been given was not to structure the session too much and to listen to comments as they came, but with such a quiet group having some sort of written feedback form ready to hand out might have given them an alternative outlet and produced better results. Setting them a simple task or asking them a question at the start might also help with engagement, so I will be looking into this.

The false-security-blanket that the enthusiasm and technical know-how of library and archive staff had given me has been pulled away. I have much work to do on how the ‘Voices In Your Pocket’ Augmented Reality app is presented to students, starting with returning to the training pages on the Scarlet Toolkit.

3 thoughts on “SCARLET+ ‘What has it got in its Pockets-es?’ – introducing Augmented Reality to students without getting them lost in the dark.”