The 1982 film Firefox revolves around a plot to steal a Russian fighter jet that can be controlled by thought. Who would have imagined that just over 30 years later, the technology for this sort of technology to become Science Fact would be so readily available. 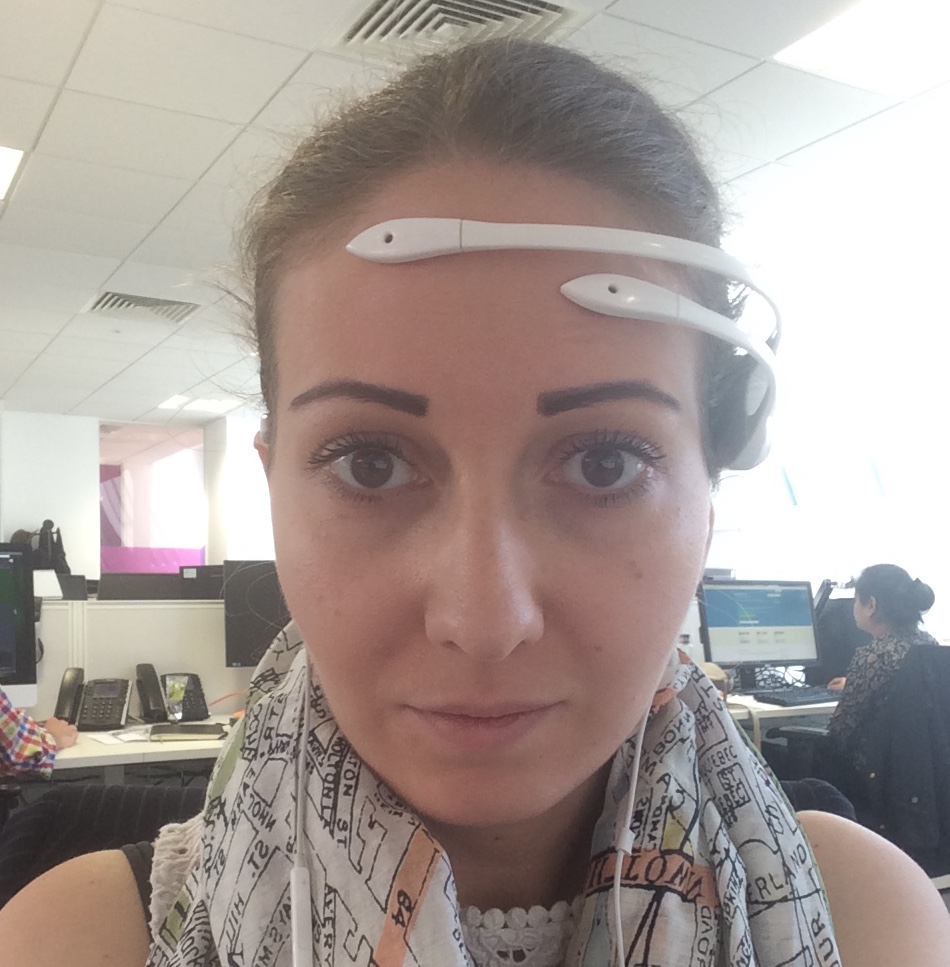 Even though wearables have been in the news for the past few years, the majority of attention has so far been focused on AR and VR implementations, but increasingly the quantifiable self or the ability to make sense of personal data has gained traction. A year ago I came across a couple of examples (Emotiv and Neurosky) where companies had developed brain reading headsets that could analyse neural activity to determine the emotional state of users. Immediately my mind was full of ideas and possibilities for how this could help benefit the educational space. Recently, I spent some time researching the Emotiv Insight, looking at possible use cases and examining the quality/types of analytics that could be extracted.

Some of my key thoughts are below:

Tracking analytics into other apps and providing intelligence on student engagement

Jisc has for some time been developing its Learner Analytics service for the sector, providing  analysis of student data to help inform institutions on student progress and allow students to maximise their learning potential. Wearables such as the Emotiv can classify EEG data into identifiable neural patterns suggesting whether users are engaged or excited or contrastingly if they are dissatisfied and stressed. 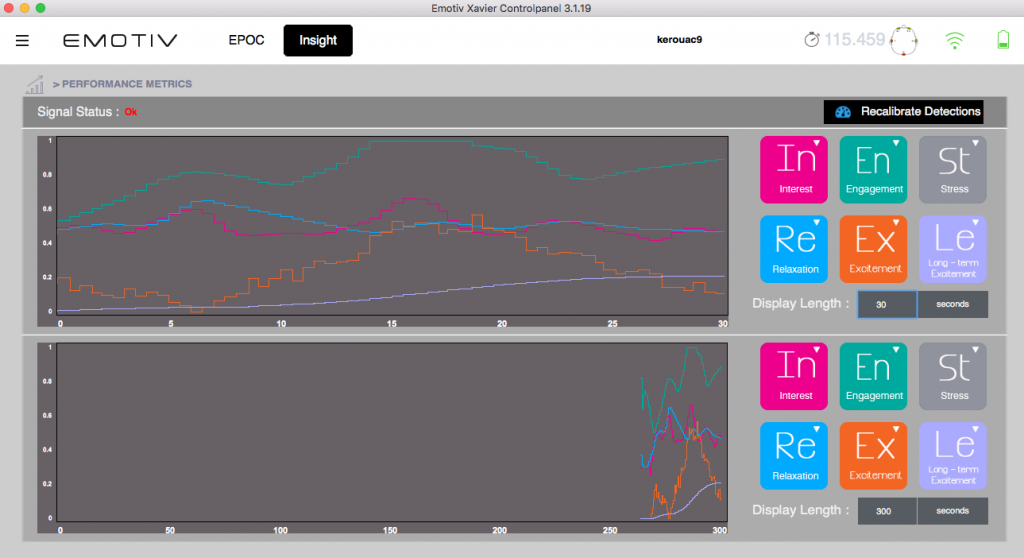 Although a provocative area, in terms of ethical considerations related to personal data, this could potentially be used to measure student experience or the tools that are used to support future learning. For instance, a students’ engagement level could be measured while wearing a VR headset to help assess the effectiveness of the resource as a digital aid.

Among the extravagant claims of brain reader wearables is that they can help focus attention and memory retention in the field of education. By engaging with learning games, similar to brain training apps like Lomosity, Neurosky’s suite of educational packages focus on using brain EEG activity to measure progress through mathematic, memory and pattern recognition. The main problem with non-clinical wearables at the moment is the amount of incidental “noise” can distort the data through electrical currents that inhabit physical muscle actions like frowning. Having said this, rapid innovations in hardware (such as providing more electrodes) has produced improved data, comparing favourably to earlier research studies using commercial technology. (https://www.researchgate.net/publication/241693098_Validation_of_a_low-cost_EEG_device_for_mood_induction_studies).

However you interpret the accuracy and impact of these wearables to learning, contemplating other learning methods can often force you to open up new perspectives and as the famed economist Peter Drucker was attributed to saying – “What gets measured, gets managed”. If you have a baseline score, simply by paying attention and analysing it can force you to think of ways in which to improve it.

The connected world is so popular at the moment, I have a Nest smart thermostat that constantly adjusts its heating regime, not only monitoring internal temperature but also by analysing weather, historical settings and whether Im physically home via motion sensors to efficiently manage energy costs. My wifi driven LIFX lights can be operated by my Apple Watch to turn on remotely or by using a simple app IFTTT I can create functions to control their behaviour based on the sunset or when I move within a mile of my house. 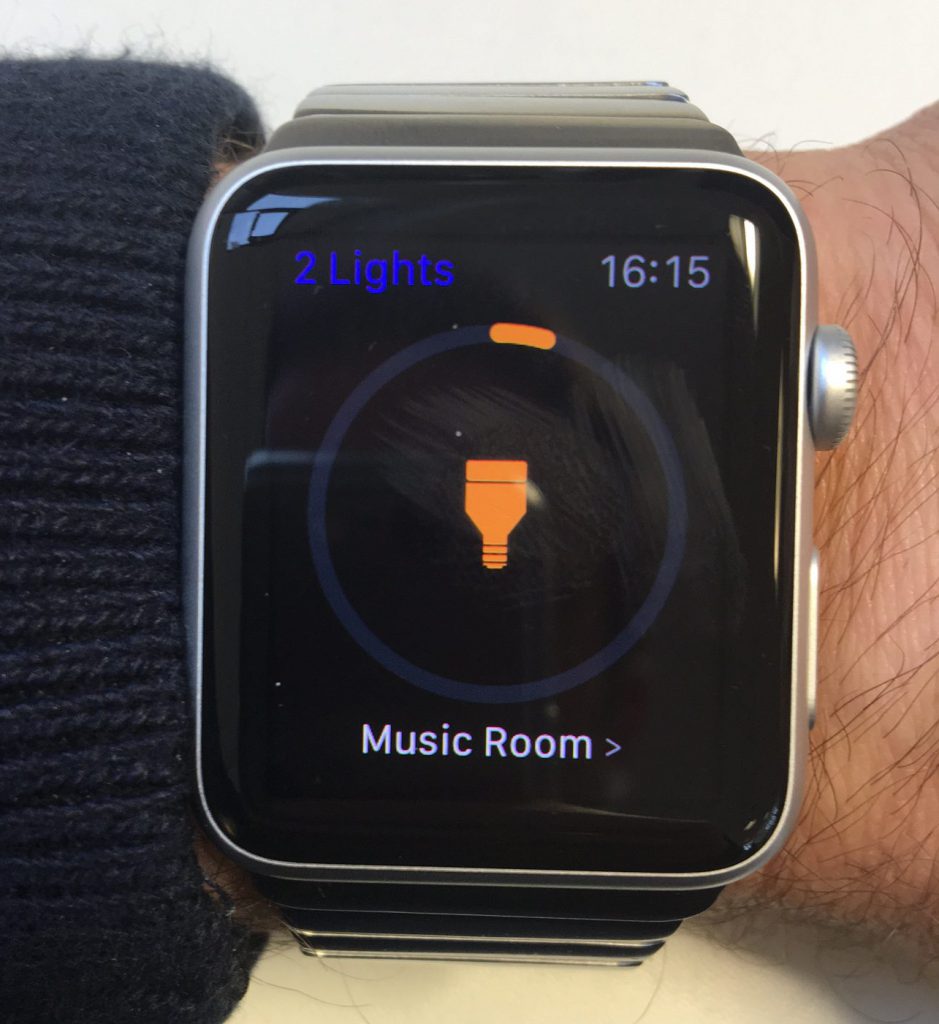 As we enter a world where even water consumption becomes smart, the next logical step seems to be using your thoughts instead of an intermediary app or voice recognition as a control mechanism. Amazingly this is already happening with some high profile examples such as controlling a Tesla with an EEG headset.

In another use case Neuroscience students from the University of Florida have connected the Emotiv to operate drones.

In discussion with medical academics, one of main difficulties student encounter is the ability to diagnose and interpret patterns correctly, especially in the field of neurology. As commercial EEG readings can sometimes involves millions of data points, it can therefore be hard to add meaning and inference to the sheer scale of evidence. Often students move into hospital environments as qualified medics without having the hands-on opportunity to interact with expensive MRI equipment so have to make do with simulated 2D patient examples. 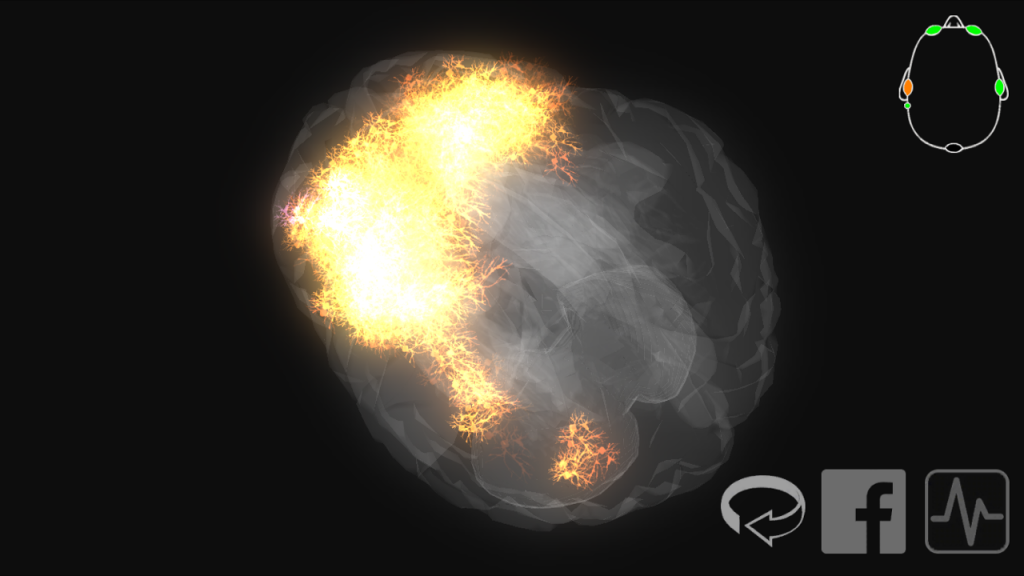 While consumer wearables are not comparable to their commercial counterparts, they provide enough accuracy to allow students a viable window into the use and visualisation of so much complex data in 3D space. Being able to practice and reinforce their skills using realistic equipment can enable them to build confidence to take into their professional lives.

Understanding how you are feeling and monitoring emotional triggers could be hugely important in the medium to long term. Being able to inform students  as to which learning style works best for them and changing learning spaces to adapt to this new paradigm of personalised learning could be integral to a more effective and relevant institution.

Imagine this scenario in an institution thirty years from now – a student enters a library study space, a wearable device recognises their stressed state due to their final essay deadline and begins to play classical music into their headphones to focus their mind, as they sit down the flexible memory chair aligns into a position conducive to positive thought (decreasing the stress inducing cortisol) and the lights change colour and dim to reflect a less harsh study environment encouraging creative thought. Objects and furniture become shape-shifting entities based on the individuals preferred interface and responsive to tactile interactions. Incredibly this technology is already starting to emerge from research labs such as Stanford University’s Mechanical Engineering Design Group where the desk environment morphs dependent on the device and materials students are using.

To support special needs students with communication and accessibility requirements.

Wearables have a tremendous opportunity to offer increased support for students that struggle to communicate effectively and have specific user requirements. :prose is an app to help nonverbal people communicate by tapping or swiping on a mobile device. It works in a similar way to sign language, attributing specific meaning or phrases to user gestures on a touchscreen. However, for some users affected by conditions like Parkinson’s or ALS, which inhibit a person’s motor skills, the movements required to use the app can be problematic.

To overcome this, using the Emotiv Insight the user thinks of the physical action assigned to the phrase (e.g.swiping up could mean “I want”) and the words are spoken aloud. Students can also build up a personal silo of custom phrases that work better for their memory retention. This has proved very effective in achieving results that using other mental training solutions would take years. In an education context this could help to build confidence, engagement, facilitate increased independence, convey emotions and aid learning timelines in a more fluid manner with little intervention.

In the words of Gil Trevino, Lead Direct Support Professional at PathPoint, “This advancement has allowed someone who once was a non-verbal communicator, the ability to communicate thoughts, feelings and answers in a way she never has before.”

The power of technology and innovation to support education in todays connected world cannot be undervalued and if used in the right way can be truly transformational. But its true success can be judged by how it can transparently deliver value by being a silent partner, facilitating radical change while allowing pedagogy and traditional frameworks to remain central.

Having said this, we should not underestimate the awe inspired reaction from students using technology that provide glimpses into the future, having the potential to give them a renewed appetite for learning.  Arthur C. Clarke compared “..Any sufficiently advanced technology… indistinguishable from magic.”  and ultimately, isn’t this the aim for all education, to be inspired and imbued with that wow factor to enable us to think critically for ourselves and instil a passionate desire to become life long learners?

1 thought on “How wearable EEG trackers can impact education”