The annual SIGGRAPH conference is a five-day interdisciplinary educational experience in the latest computer graphics and interactive techniques including an exhibition, technical papers, industry talks and hands-on courses that attracts hundreds of exhibitors from around the world and many thousand delegates.

Having been recommended to attend by several 3D/VR/AR luminaries, it quickly surpassed my inflated expectations, leaving at the end of the week truly inspired and invigorated with fresh perspectives. I thought it would be useful to put together my top five takeaways from the conference and how they could be applied in an educational setting.

The director of Jurassic World (Colin Trevorrow) along with camera operators used an iPad app called Cineview developed by ILM (Industrial Light and Magic) to frame shots on location. They used the iPad in combination with a 3D structure sensor (http://structure.io/)  to measure camera depth where there was no visual reference, as most effects were added post production.

“We would load our models into the program and stick them into the live image…The director and director of photography could look at a scene through the iPad camera and see where Indominus would be. They could see how tall she would be 20 feet away. They’d know if they would need to tilt the camera or move her back farther. Its a great tool for previs’ing.”

It is amazing to think that AR is being used in this way in the top production studios and the application for education is endless, imagine a similar tool in such diverse disciplines as theatre direction, lighting or product design, architecture and construction. Not only does it help to quickly present a stunning visualisation but reduces expense by allowing the learner to pre-empt future problems easily in a digital snapshot without  spending time creating complex physical models.

2. Virtual Reality WILL be massive

SIGGRAPH devoted a whole “Village” to the demonstration of bleeding edge Virtual Reality and I was lucky enough to have first hand experience of a few of them. The first experience placed you in the position of a crash test dummy accelerating towards a barrier, simulating crash trauma and the differences between safety features on a modern car and a similar vehicle in the 1980’s. The immersion was breathtaking – on the moment of impact the display went into slow motion with shards of glass flying towards you and your passenger, contorted as the crumple zone concertinaed and air bags deploy before your eyes. Even more frightening was the second experience in the earlier car model without what we would consider to be fundamental safety features. The VR resource was built for the road traffic agency in Australia to dispel the common myth amongst drivers that the old heavier cars were more protective in accidents. 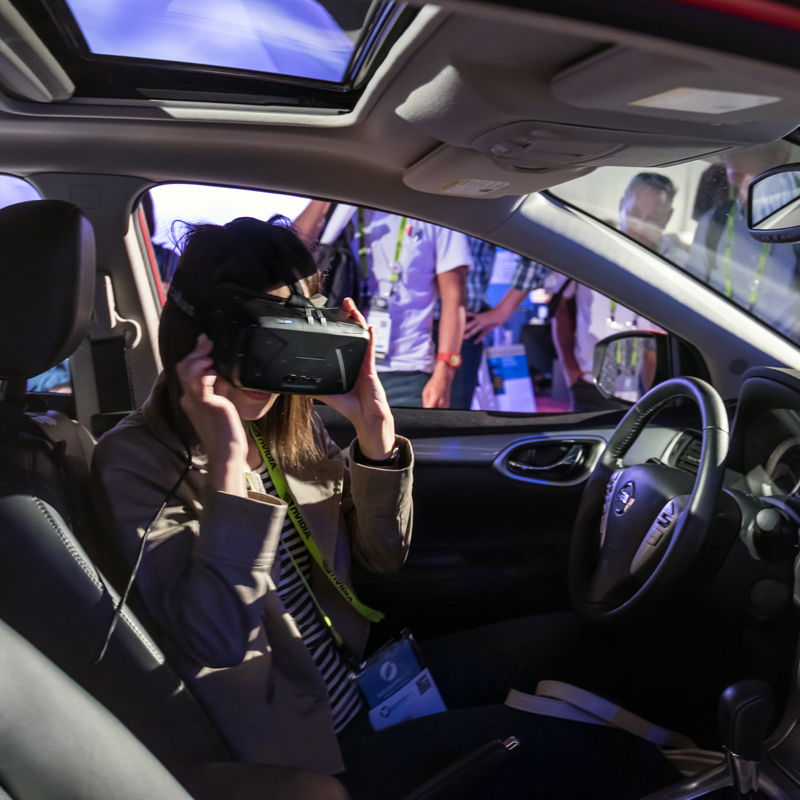 One of the other examples was being used by Ford executives, engineers and technicians to experience new car models without having to create expensive Clay Models (Commonly over £250K), a costly process of layering thousands of pounds of clay over a foam core, spending months shaping every curve by hand. Using gesture based controllers, it allows the user to peel back engine components, seeing detailed cross sections, check joins in the shell and run quality assurance testing. 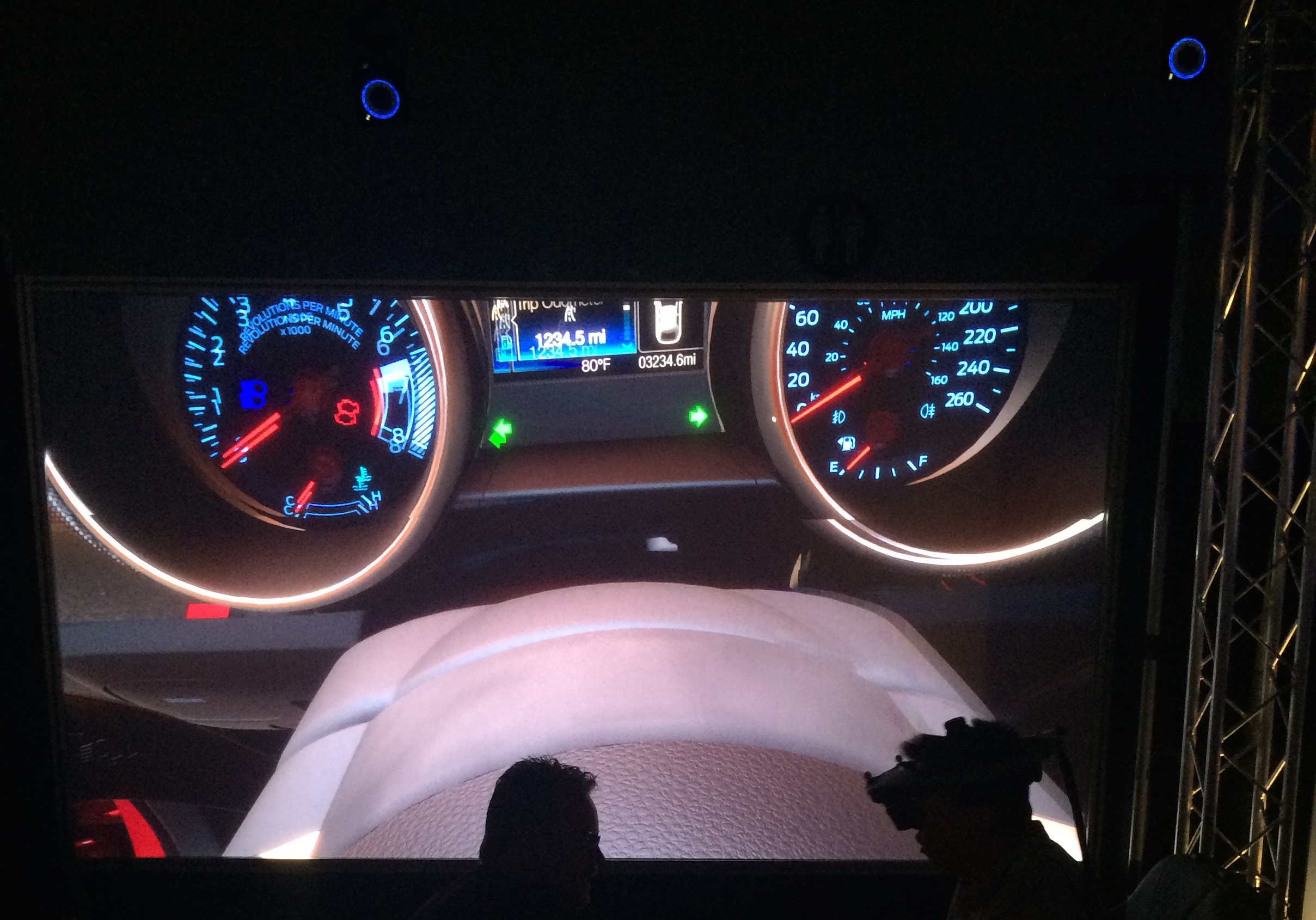 Being part of these immersive demonstrations really brought home the potential of VR within education for simulated environments (media caves) and interactive worlds. The early laggy, underwhelming graphical representations of VR are slowly being replaced by photorealistic and truly mind-blowing creations. Imagine being able to experience the awe and adventure of following in Howard Carter’s footsteps uncovering Tutankhamum’s tomb as an archaeology student; hearing the wind blow through a crypt sealed for millennia and taking in the priceless artefacts and mysterious hieroglyphs.

The core 3D rendering engine used by Pixar in their recent animated films is now available for FREE, integrated into Blender software. It can be downloaded after initial registration at http://renderman.pixar.com/view/renderman and has some great features including a realistic hair renderer, denoiser, enhanced physical cameras simulated the imperfections of real world cameras and visual integrator. This is a real step change from traditional renderer pricing models (often thousands of of pounds per year), meaning that instead of purchasing a costly add-on, educational institutions and schools can now experiment with industry standard software for free.  This is especially useful for making students more employable when they finally graduate. 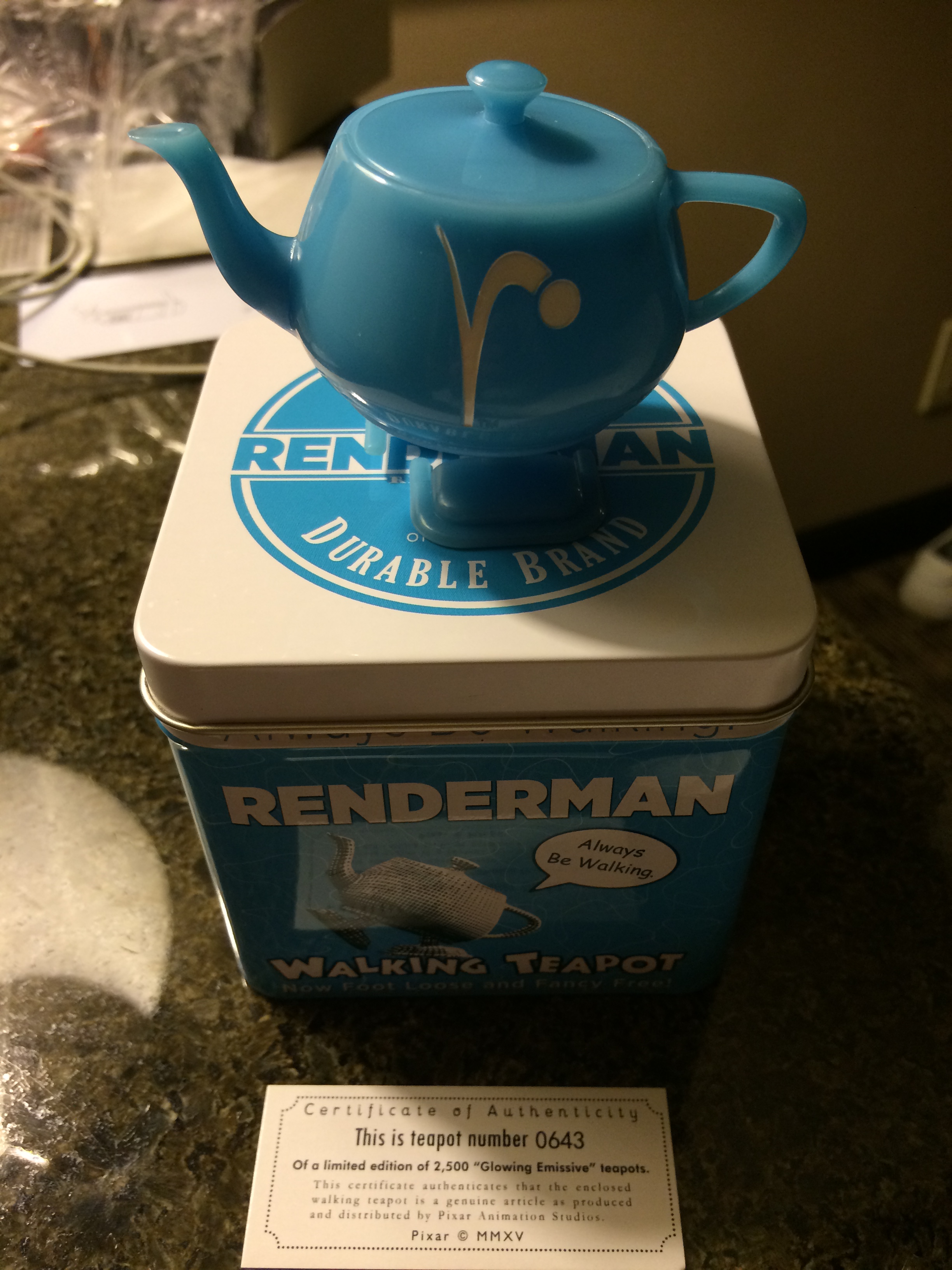 4. Science and Maths are cool!

In the latest blockbuster Interstellar, Chris Nolan wanted the main tenets of the film, namely interstellar travel, black holes, wormholes and other dimensions to be grounded in some semblance of theoretical fact. Hiring renowned astro-physisist Kip Thorne, Nolan based the films rich space visualisation on the mathematical algorithms and physical laws present in the universe, keeping it as real as theoretically possible.

Now, if ever students would be inspired to learn more about complex mathematical equations, presenting an authentic example like this would certainly hold their attention. Throughout the conference talks, academics talked through their scientific processes and Algorithms, across such diverse subjects as Multi-resolution Geometric Transfer – allowing animators to switch between high and low polygon dinosaur models and the Procedural Animation Technology behind Microbots in Big Hero 6.

I always struggled as a student of mathematics with pre-concieved notions of it being dry, devoid of excitement, not really relatable to anything my life. Put simply, I had no frame of reference. Hearing how it can move from the theoretical to the visual in an interesting and authentic way should be the template for more Maths and Science teaching to follow. It made a subject that was previously incomprehensible (to me, anyway), at least a little more digestible. We’ve all heard the criticism constantly thrown at the teaching of maths by disenfranchised students – “When will I ever use it in my life?”, this is a perfect instance of being able to point them in a direction that might interest them, after all there are a lot of visual learners out there. If you want to learn more about the Science/ Maths behind the film I would recommend you read Kip Thorne’s book – Science of Interstellar

Three of the main game engines – Unreal Engine, Unity and Cryengine were at the conference, much of their focus was on developing games and experiences for the educational community.

One of my earlier posts this year discussed my frustration at Metaio’s acquisition by Apple and the gap this left in the AR developer community. By using platform independent, FREE game engines to output to a variety of devices can help to overcome the fragmentation that currently prevails the AR landscape. Unity, for example has the ability to export AR for a number of different app based solutions including DAQRI, VUFORIA, Wikitude etc. Because the assets and workflow are not solely locked into proprietary AR experiences, it means they can be slightly edited to work within VR or act as standalone learning resources for web browsers/ apps.

One of my current projects (AR-Sci) involves developing an AR experience around Photosynthesis in nature for secondary school students. In parallel with this work, I am developing with Unity/ Unreal to re-use the same assets and storyboards to port a similar resource to a VR environment.

In my view, one of the reasons early educational forays into simulated/ Virtual environments such as Second Life weren’t more successful was because there was a vast chasm between the realism of these constructed worlds and console/ PC games. Students were used to playing graphically polished games such as Return to Castle Wolfenstein (2001) and Unreal (1998) meaning education based resources often fell short of  their high expectations leading to limited adoption. The ability to develop now in Unity for education or Unreal Engine 4 creating photorealistic  and authentic experiences has a huge potential to stimulate students that were brought up on  a diet of console/ pc/ mobile games. 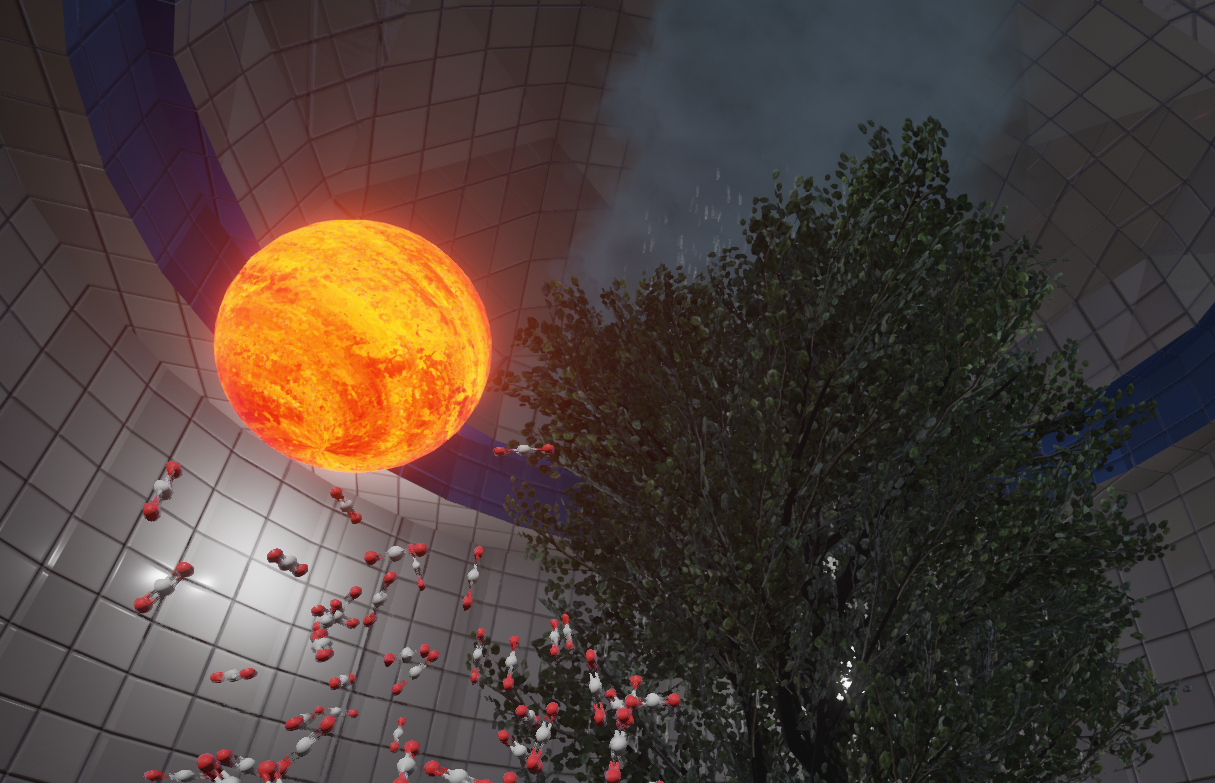 Despite being prone to exaggeration when technology and graphics are concerned, I would unequivocally state that SIGGRAPH 2015 was the best conference Ive ever attended; it certainly lived up to its hype. It turned me into that excitable child on Christmas Eve, every morning reading through the conference schedule seeing what gems were on show today. I believe that being able to view CG development through the eyes of other industries can prove priceless in being more open to new approaches that education can truly benefit and learn from. Over the coming months I hope to put into practice what I have learned from SIGGRAPH, not only hoping to inspire those working in education with examples, but illustrating how this wow factor can enthuse and captivate students so their thirst for learning is never satisfied.