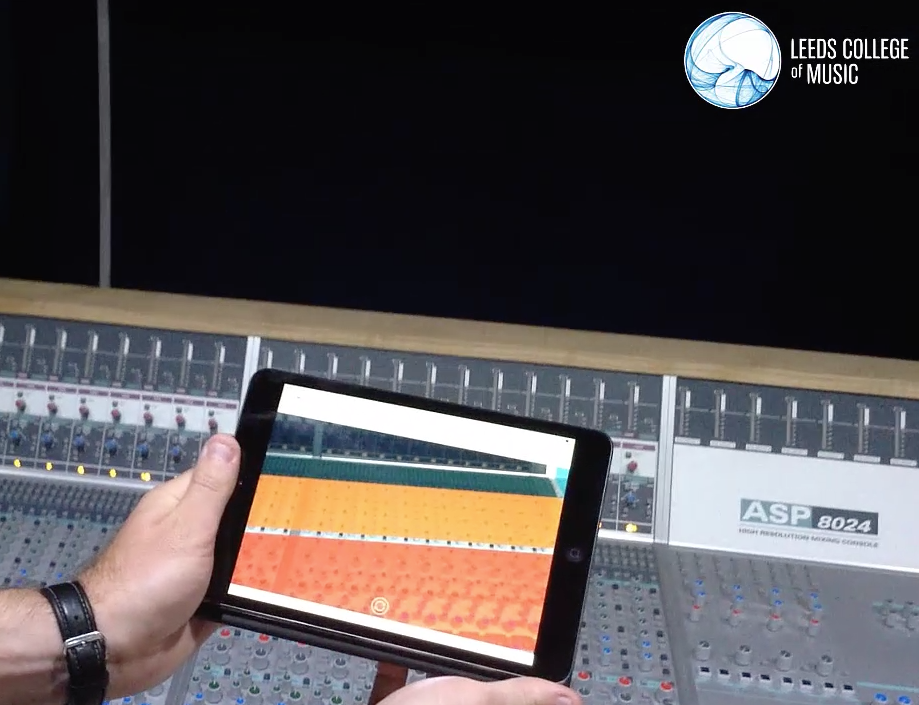 Over the past couple of months Jisc Mimas have been involved in leading the technical development of a new Augmented Reality resource around the music production studios in Leeds College of Music working with Craig Golding and Ruth Clark. It hopes to support students  working/studying in the music studios by displaying 3D visual overlays, technical documentation and other media assets, linking them to the physical production equipment in front of them. Using iPads, students stand in front of the production desk and the Augmented Reality software tracks the 3d object before snapping different coloured content accurately over it providing the user with a way to interact with different parts, surfacing contextual material. More information about the content and student feedback will appear here in the following few weeks.